Fried Cauliflower - it's a really nice snack I mad

I make stewed pork chops every couple of weeks, ea

Apple Racuchy are one of the favorite Polish suppe

Young Cabbage Soup is never served too often, this

I made this Jello Cold Cheesecake few days ago for

Try my real food tried and true recipes, before yo 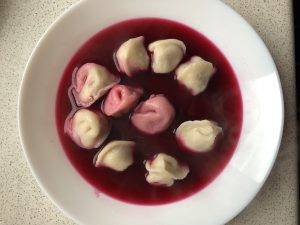